The word Ouabache is Native American and French in origin. The Miami Tribe pronunciation of the “Wabash” River was “Wah-bah-shi-ki.” It meant pure white, bright, or natural and referred to a limestone bed in the upper part of the river. French Jesuits later shortened the name to “Ouabache.” Early 1700 maps of the Northwest Territory have Wabash River spelled “Ouabache River.”

Ouabache may be pronouced:

School is dismissed at 2:45 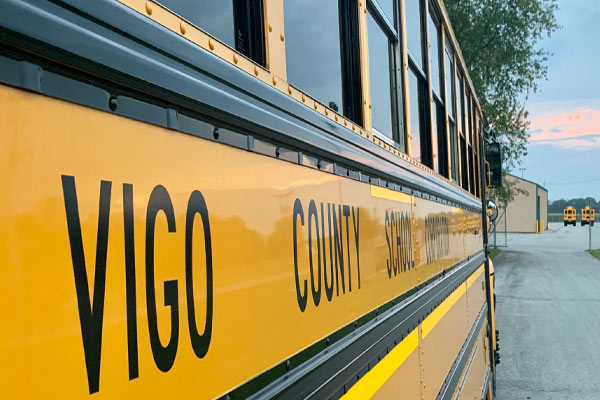 The safe transportation of students is a responsibility shared by the VCSC administration, transportation staff, drivers, parents and students. We are committed to providing safe vehicles and qualified drivers along with school bus safety education to students and parents.

Skyward is our data management system. The Vigo County School Corporation uses Skyward Family Access for parents/guardians to access their child's information, grades, and schedule. If you have questions about access or the information within your account, start with your child's school secretary.

Canvas is a course management system that supports online learning and teaching. It allows teachers to post information, lessons, and assignments online. It is being used by schools all over the world.

GOOGLE CALENDAR IFRAME CODE IN THIS LOCATION
View all calendars