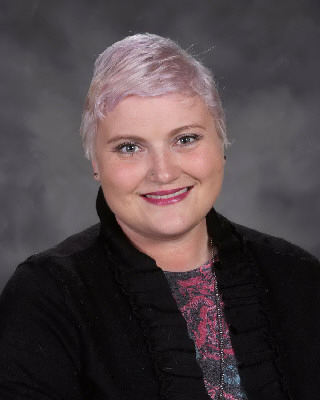 Welcome to the page of
Mrs. Enyeart

Hello!  My name is Shara Enyeart!  This is my 18th year of teaching.  I am the Media Specialist!  Previously, I taught kindergarten for 2 years, first grade for 2 years, third grade for 3 years, and this is my eleventh year in the library.  I started my professional teaching career in Santa Ana, California in 2005.  I moved to West Terre Haute with my family in 2006.  I am so happy to be in Indiana (I do miss the weather and the beach in Southern California though)!

Growing up in Southern California, I wanted to work in film and television, so that is what I studied in college.  I got a Bachelor of Arts degree in Film and Television Production.  I went to work in Hollywood and got to meet many interesting people.  Unfortunately, working there was not a good fit for me.  I decided that I wanted to go somewhere new and try something more interesting. So, I moved to Japan.  I became an English teacher in Japan.  I had students of all ages (the youngest was 3 and the oldest was 80) and I taught them how to speak the English language.  I loved living in Japan.  I got to meet people from all over the world and now I get to travel and go visit them!  Because of that experience, I decided that I liked teaching and I wanted to learn more about it.  I came back to the United States and enrolled in a Master’s Degree program at the University of Phoenix.  I earned a Master’s of Education from UOP in September of 2005.

I moved to Indiana and, shortly after, I met the man that is now my husband.  I married Craig Enyeart on June 13, 2008.  Craig works at ISU as the Assistant Dean of Students and Director of Student Conduct.  We have a son named Colton!  He was born May 6, 2009.  I think he is the smartest kid around!  He is in eighth grade at West Vigo Middle School.  On May 5, 2011, Colton got a little brother, Connor Joseph. Connor is in fifth grade in Mrs. Effner’s class this year.  He loves to play baseball with his older brother.  Colton and Connor are the best big brothers to Corbin Flinn.  Corbin was born March 27, 2015.  Corbin is in second grade in Mrs. Auten’s class.  He loves to watch, play, and learn about baseball (the Cincinnati Reds are his favorite team).  Colton and Connor are great helpers and take good care of their little brother.  We have lots of animals that live at our house too.  We have a dog named Joey.  He is 14 years old!  He is a black and white Siberian Husky with blue eyes.  He howls on command!  We have a cat named Baker. He is a tabby. He is five years old. We also have a mutt named Princess Buttercup. She is four years old.  I lived in a family of boys, so I needed a girl pup to cuddle with.

I am so happy to be a teacher at Consolidated.  I think this is the most wonderful school around.  The staff at this school is amazing and the students are spectacular.  I hope I will spend many years to come, here, on the west side!